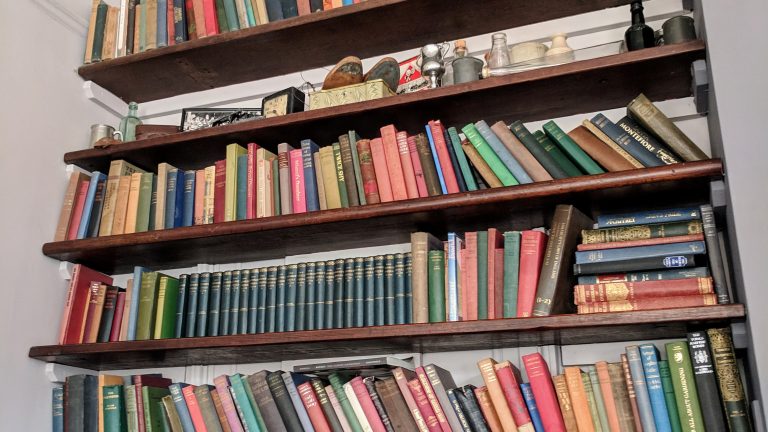 My family and close friends know that reading is one of my favourite hobbies. My husband bought me a Kindle for my birthday a couple of years ago to curb my constant buying of books! And I never travel without a good read or two. Another activity I enjoy is looking up and sharing inspirational travel quotes. They keep me going while I await my next adventure. It is no wonder that some of my favourite travel quotes are written by authors. I am familiar with their prose and drawn to their writing. Nor is it a surprise that many authors were shaped by their life experiences. Which country or town they were born in, where they spent their childhood or where they travelled. For some authors, their most famous works were directly influenced by travel.

I never travel without my diary. One should always have something sensational to read in the train

Wilde was an Irish author, playwright and poet. He studied classics at the University of Oxford. He moved to London after graduating to begin his career at writing poetry. After publishing his first collection of poems, he travelled to New York on a lecture tour. It was so successful that when he returned home he went on another tour of England and Ireland.

His career saw him editing the Lady’s World magazine and writing more poems, plays and essays. He even wrote a children’s book called The Happy Prince and Other Tales. But Wilde is most famous for his first and only novel; The Picture of Dorian Gray. After spending two years in prison for having an affair with a man, he settled in France until his death at the age of 46. He certainly was a literary genius and should be remembered for his work rather than his private life.

Huxley was an author and screenwriter notoriously known for his best seller; Brave New World. He grew up in an accomplished family in England. Although he dreamt of a career in science, he pursued English literature after he became partially blind. He graduated from the University of Oxford in 1916 and published his first collection of poems; The Burning Wheel, the same year.

He went on to publish more poems and submit periodicals to magazines such as Vogue and Vanity Fair. His friendships with famous literary figures such as Virginia Woolf, Bertrand Russell, T. S. Eliot and D. H. Lawrence went sour after publishing his first book; Crome Yellow, which parodies them. He published more books as he toured around Europe with his family. His literary masterpiece Brave New World was certainly influenced by travel. It was conceived during a stay in France and published in 1932. In 1938, he moved to California where he became a successful screenwriter.

Born in Mumbai, India, Kipling was an English author with a Nobel prize in Literature under his belt. Since his mother wanted him to have a formal British education, she sent him to school in England. He had a hard time living with a foster family but buried his miseries in books. Kipling discovered his writing talents at the early age of 11. When he turned 17, he returned to India and found a job with a local newspaper in Lahore, now part of modern-day Pakistan.

His experiences led to the writing and publishing of a collection of 40 short stories. The Plain Tales from the Hills became an instant hit and was influenced by travel and work abroad. Eager to further his writing career, he went back to England to meet with potential agents. He met an American agent called Wolcott Balestier who became his publisher and a very close friend. He even married Balestier’s sister Carrie and honeymooned in Canada and Japan before settling in America. His career went from strength to strength with books like The Jungle Book and Kim. A fall-out with Carrie’s other brother unfortunately saw them leave for England.

Never go on trips with anyone you do not love

Another Nobel Prize winner in literature, Ernest Hemingway is an American author and journalist, well-known for books such as A Farewell to Arms and The Old Man and the Sea. He grew up in Chicago and was editor of his school newspaper. As a young boy, he was fond of outdoor activities such as sports, fishing and hunting. He served as an ambulance driver for the Italian army during World War I.

When he returned to America, he married his first wife Hadley Richardson and moved to Paris to work as a correspondent for the Star. He became close to other famous authors and artists such as Gertrude Stein, F. Scott Fitzgerald, Ezra Pound, Pablo Picasso and James Joyce. His first novel, The Sun Also Rises, was influenced by travel and inspired by his visits to the Festival of San Fermin in Pamplona, Spain. He met his second wife, Pauline Pfeiffer, in Paris and they moved back to America where he continued writing his books. While reporting on the Spanish Civil War in 1937, he met war correspondent and third wife Mary Welsh. They bought a farm in Cuba to spend their winters and retired in Idaho, America until his death at the age of 62.

The creator made Italy by designs from Michelangelo

He is a celebrated American author but did you also know that he was an entrepreneur, inventor, lecturer, journalist and riverboat pilot? His father’s early death shaped his childhood and growing up in Missouri influenced his writing later. After the American Civil War destroyed his boating career, Twain moved west to California and Nevada hoping to become rich from silver and gold. When that didn’t happen, he worked as a journalist and his break came when his short stories were published in newspapers and magazines.

In 1867, he went on a cruise of the Mediterranean and wrote articles for American newspapers – almost like a travel blogger you might think! A couple of years later, they were collected and published in a book called The Innocents Abroad. Now that it is definitely an example of how a book was influenced by travel! He even wrote a travel book called Life on the Mississippi. He married a rich heiress and continued with his writing career publishing The Adventures of Tom Sawyer followed by its sequel Adventures of Huckleberry Finn and others. In 1895-96, he went on a lecture tour around the world! He died in 1910 aged 74 and is buried in New York.

I would sooner be a foreigner in Spain than in most countries. How easy it is to make friends in Spain!

Orwell, who is most famous for his novels Animal Farm and 1984, was an English author and critic. Even though he was born in India, his mother took him back to England after his first birthday. He was clearly a writing genius and penned down his first poem at the age of 4 and published his first one in the newspaper at age 11. His lonely upbringing was probably the reason for his literary talents. Although he was very intelligent and studious, he was unable to pursue a university degree due to the lack of funds. Instead, he joined the Indian police force and was stationed in Burma for five years. His time abroad resulted in him writing his first major book; Burmese Days.

In 1936, he joined a militia group in Spain fighting against their dictator, General Francisco Franco. He sustained injuries and illness and even treason charges, before returning back to England. To support his family, he started taking all kinds of writing assignments and then found a job with the BBC in 1941. During World War II, he found himself involved in producing propaganda which he felt was a waste of time and money. Instead he started working as a literary editor of a socialist newspaper. He died in 1950 when he was only 46. I sometimes wonder what other books he would have written had he lived a little longer.

One thought on “6 Authors Influenced by Travel”

Check out these articles

Looking for something else?